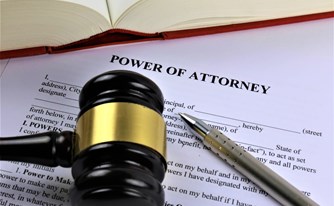 This tool is important specifically to anyone over 65 concerned about their future health and mental condition. Both are concerns in the later years, when a person's mental health can deteriorate. This tool can also be relevant to each of us at any age, when we consider the possible outcome of an accident.

Until recently (2017), when a person's mental health started to continuously deteriorate and fail to a point where they were unable to manage their own affairs, the standard and only legal solution was to initiate a legal procedure in which the court was requested to appoint a guardian (in Hebrew :"Apotropos" - אפוטרופוס) who would take charge of their affairs. Once the guardian was appointed, the guardian was supposed to make the decisions needed for that person ("a ward",in Hebrew :"Chasuy" - חסוי): daily decisions, financial decisions, and all other decisions and actions to provide for their health and other needs.

the process is not friendly and sometimes is considered humiliating, simply because it is  not always take into account what the person wants or would have wanted to be done

Some of these decisions/actions were problematic:

First, because of the situation in which someone else close, or not so close, to the ward  "takes over" and controls the person’s life. Second, because some of these decisions need further court approval, which might result in additional court hearings and expenses.

The guardian is also requested by law to report yearly and sometimes periodically to the Administrator-General (in Hebrew :"Haapotropos Haclali" האפוטרופוס הכללי), including financial and other "legal" reports.

the process is not friendly and sometimes is considered humiliating, simply because it is  not always take into account what the person wants or would have wanted to be done

These reports require the professional involvement of bookkeepers and even lawyers. This involvement consumes more financial resources, which sometimes are limited or scarce.

Moreover, the process is not friendly and sometimes is considered humiliating, simply because it is imposed on the ward (a grown-up person who was fully capable of taking care of themselves up until that point) and does not always take into account what the person wants or would have wanted to be done, if they had the legal capacity to decide for themselves.

As distinct from a "regular" Power of Attorney, the CPOA generally goes into effect when the MEMANE is unable to make decisions for him/herself

The Continuing Power of Attorney is intended to solve most of these issues:

This legal tool deals with the same framework and scope of the necessary decisions/actions, but in a much more humanitarian, friendly, and simple approach. The two main underlying assumptions behind this advanced and yet simple tool are:

a) There is a connection based on trust between the maker (the person who empowers another person to decide and act on their behalf when necessary- in Hebrew the "MEMANE" or "MEYAPE HAKOACH"-מייפה כוח) and the legal representative appointed (a "Proxy”. in this article either singular or plural) , in Hebrew: "MEYUPE HAKOACH" -מיופה כוח -or "the MEYUPE").

In general, there is a strong family connection or close friendship between them.

b) The second assumption, based on the first one, is that such a voluntary process, once initiated by the legal representative appointed, does not need the court's involvement and inspection, and that, in general, it can generate itself as long as the MEYUPE HAKOACH is acting in favor of the MEMANE and his/her needs.

The important starting point where the MEYUPE HAKOACH is authorized to start operating is once the "MEMANE" has been medically determined to be unable to make decisions for his or herself, and the MEYUPE has referred to the Office of the Administrator-General and asked for authorization to start acting according to a valid CPOA.

Hence the only option to decide and act on their behalf is by a guardian or by a CPOA—and only in accordance with the instructions listed therein.

The drafted instructions presented in the CPOA have to address each person's individual situation, wishes, and choices after being discussed and clarified

The Importance of a Professionally-drafted CPOA

This gives great importance to the drafted instructions being presented in detail and clearly in the CPOA.

The CPOA enables decision-making and acting on behalf of the person in three main areas:

1) Personal routine issues. For example, smoking, nutritional habits, attending classes or Synagogue, getting a manicure, or attending the hairdresser every so often, etc.

3) Finances and property, and giving the MEYUPE general power to make such decisions.

The drafted instructions presented in the CPOA have to address each person's individual situation, wishes, and choices after being discussed and clarified: some people may want one MEYUPE to make decisions. Others may want two or three different MEYUPEs, each authorized to make all decisions in all areas. Others may want to authorize a specific MEYUPE to a specific area. There are advantages and disadvantages to each choice, but basically it is a personal or family decision.

Moreover, although the idea of the CPOA is to enable decision-making in the three main areas and to give the MEYUPE the general power to make such decisions and actions, there are some specific actions, mainly associated with the financial and property realm, that can only be executed by the MEYUPE if they have been expressly listed and specifically authorized to deal with them--for example: giving gifts or donations, giving someone a specific loan, etc. These actions are limited to a total of 100,000 NIS. Beyond that limit, the MEYUPE must apply to the court for his approval.

The same applies for real estate transactions, estate-related transactions, and any financial decision or transactions that involve more than a yearly amount of 500,000 NIS, etc. All of these actions are to be directed for the needs of the ward and in their favor. Therefore, it is not recommended to limit the financial scope of authorization. In any case, the court will rule regarding money amounts exceeding the 500,000 NIS when necessary.

It is important to mention that the medical treatment cannot be forced on the patient if they oppose it, when relevant

The Patient's Rights Law states that medical treatment may not be provided to a patient who has not given informed consent.

Section 16 of the law allows anyone who wishes to assign power of attorney to a representative to make medical decisions on their behalf where one is unable to give informed consent due to a physical, mental, or cognitive state, or any other reason.

The medical power of attorney section of the CPOA also gives authority for psychiatric evaluation and treatments, as well as hospitalization in psychiatric hospitals, but requires explicit consent, without which the MEYUPE is not authorized to act.

Notifications to Other Persons Potentially Involved

The CPOA offers a mechanism to ensure that people who the MEMANE wants to be updated regarding their situation are indeed notified-people such as: other relatives or children not directly involved in the CPOA process (for example, those living abroad), or friends that may be interested and willing to be involved.

Once the MEYUPE has been appointed and has started to act, these notifications are an important tool for supervising him/her/them.

Only attorneys who have undergone special training and are approved by the Administrator General’s Office are qualified to draft and submit the CPOA.

A good attorney will act to confirm that the CPOA will be as specific and as detailed as possible and is tailored to the MEMANE's particular needs and situation.

The attorney’s experience in this matter is most important. Hence, it is highly advised to check in advance as to how many CPOAs the attorney has edited and submitted in the past.

It is recommended that all or most of them will also attend the meeting and participate in the decision-making of the instruction.

In this meeting, the first step to be taken by the attorney is to check whether the MEMANE is of sound mind and understands the process, the conditions, and the instructions drafted in the CPOA, and knows what he/she wants regarding its outcome.

This is done in a private meeting and through a well-constructed questionnaire and an open conversation.

Then, based on the trust between the MEMANE and the MEYUPE, they work together, guided by the attorney, to make sure that the CPOA is well- and fully-drafted, as specific as possible, and is tailored to the MEMANE's particular situation, needs, and preferences.

Once the final draft of the CPOA has been finalized and confirmed by the MEMANE, it is submitted by the attorney to the General Guardian's Office, digitally (soft copy) and in original hard copy. Once it has been checked and confirmed by the General Administrator's Office, they will send the attorney an e-mail notification that the CPOA has been received and is in effect, and a soft copy of the CPOA.

Activation of the CPOA in a Case of Need

if things start going in the “wrong direction” regarding the ward's needs, interests or instructions - there must be a legal authority and address in order to protect them

As mentioned above, the CPOA is meant to avoid the participation and involvement of the Court in the procedure. It is meant to save time, money, and disputes.

However, if things start going in the “wrong direction” regarding the ward's needs, interests or instructions - there must be a legal authority and address in order to protect them. 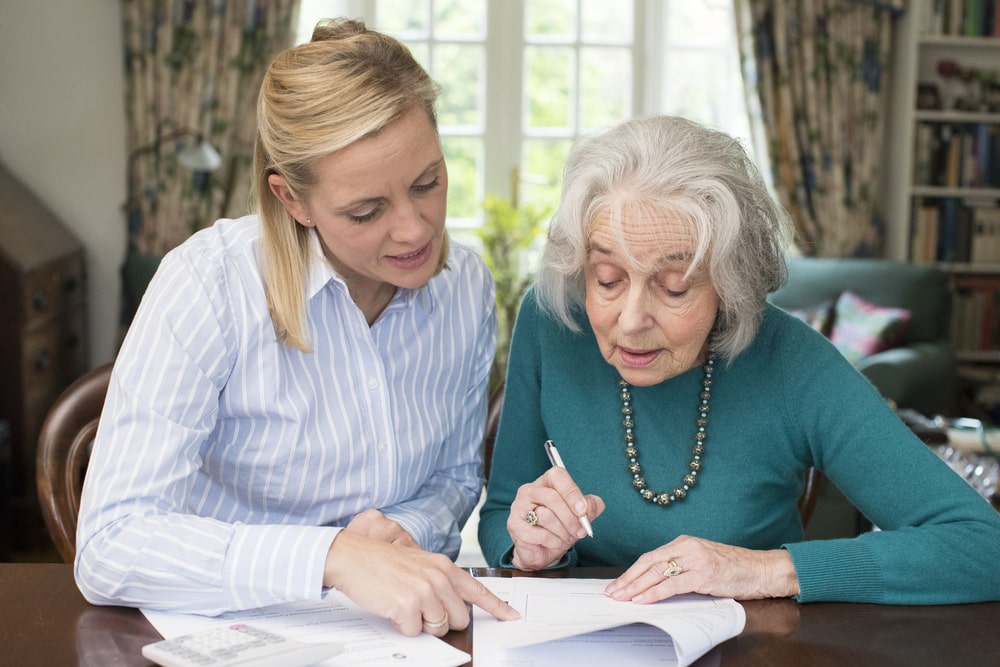 Hence, when people involved (the MEYUPE, the Informed Person, or even the Administrator General) have disagreements and complaints regarding the implementation and interpretation of both the law and CPOA tool, each of them can apply directly to the Court for the Court’s guidance and orders. The Court is authorized by law to investigate the complaints and rule regarding relevant issues, and, in certain situations, to intervene or change the instructions given in the CPOA, and give orders to the MEYUPEs.